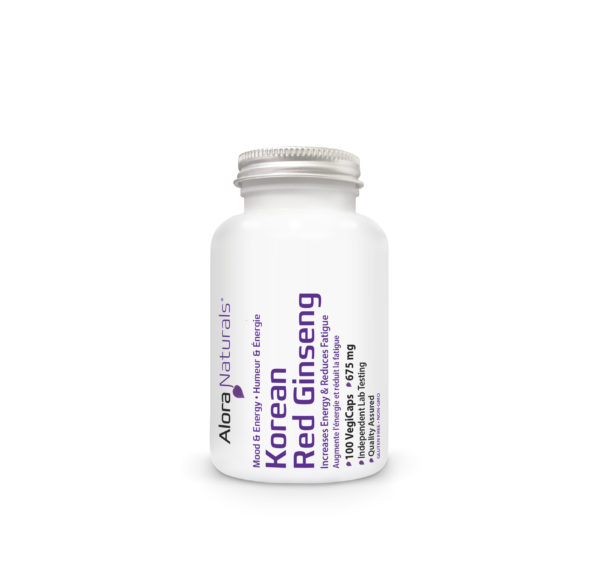 What is Korean Red Ginseng?:

Korean red ginseng takes six years to mature in soil that requires a 10-year rest between planting seasons.  For this reason, Korean red ginseng contains a high amount of active elements and is considered the most effective ginseng on the market.  Since it contains three times the amount of ginsenosides and is grown naturally without the use of pesticides.

Korean red ginseng combats mental fatigue.  Ginsenosides are believed to work as natural adaptogens in the body, meaning that they allow the body to adapt to stress in a natural manner.  This adatogenic herb stimulates the adrenal gland and activation of the body’s energy reserves.  It increases heart rate, blood pressure and blood flow to the brain.  Thus ginseng leads to increased energy, and mental performance in physical tasks.  Korean red ginseng is said to work on the nervous system as a natural tranquilizer and is believed to boost metabolism function as well.

The most widely recognized effect of Korean red ginseng is its libido-enhancing effects on the male sex glands.  Ginseng has also been found to stimulate estrogen production in women who are in the early stages of menopause.

Adult Dosage: Take 1-2 VegiCaps, daily or as directed by a qualified health practitioner.

Caution: None known, when taken as directed 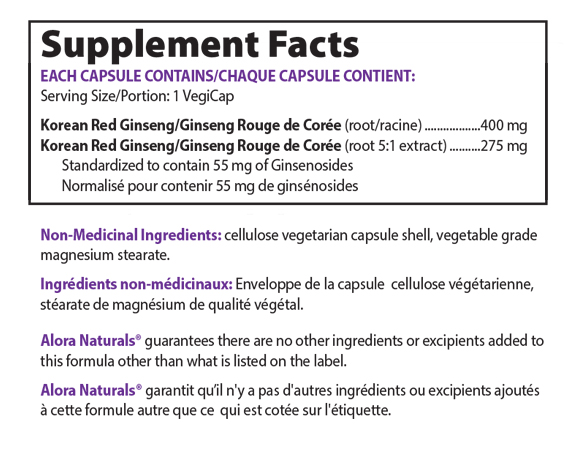